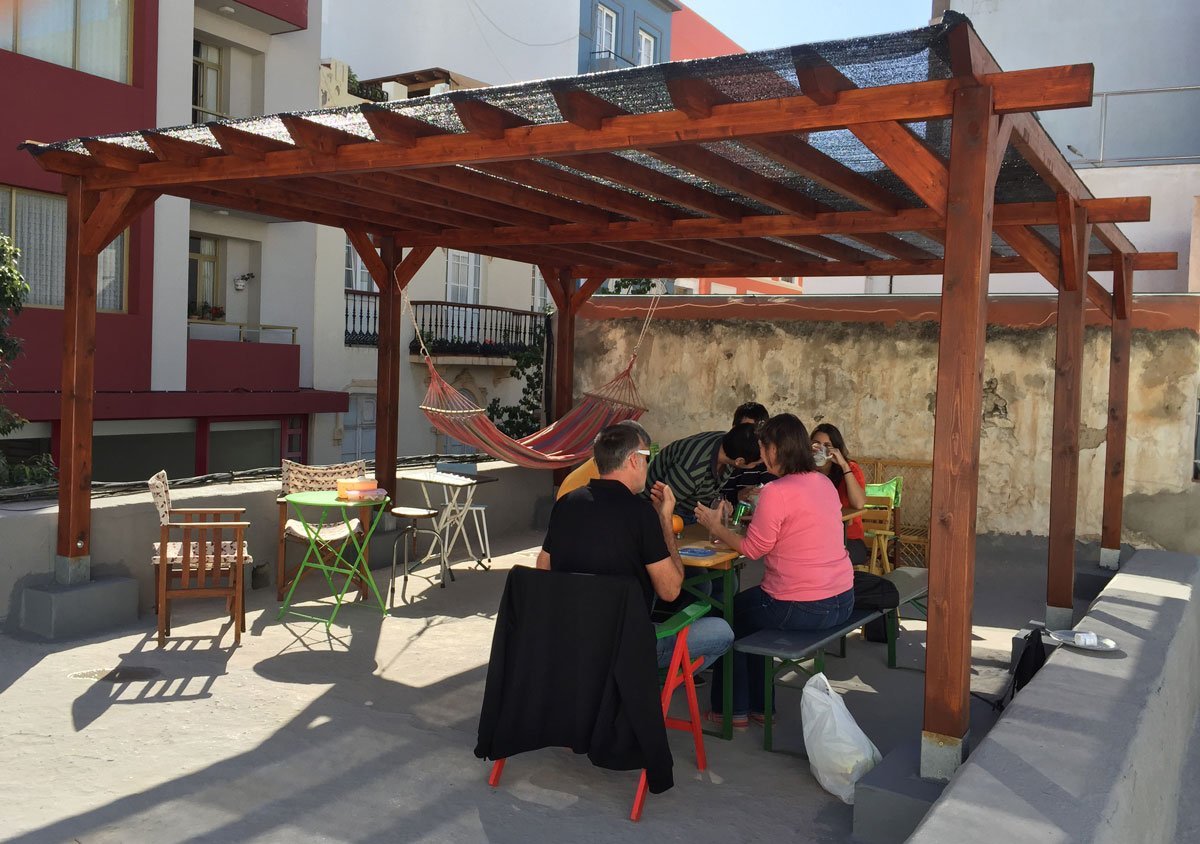 On the 1st November we opened our doors to the public and after just one month we have filled every permanent and hot desk and there is even a waiting list! Over the next two weeks we’ll be adding a couple more standing desks so there will be room for a couple more hot desks – we’ll announce when they are ready and there are spaces again. Thanks so much to everyone for helping spread the word. We are really, really grateful.

When we opened in November we opened as an international co working centre where we spoke English and tried to instil an international feel to the place. We wanted to create a co working centre with the atmosphere of the shared working spaces in the USA and UK. We had imagined we’d have mostly Canarian entrepreneurs and local businesses with the odd digital nomad. However The House is now a buzzing place where we speak English, Spanish and French and  a multitude of Eastern European and African languages.

Working today, on December 2nd 2015, we have 1 English guy, an American, a half English / American girl, a Polish programmer, a French guy, an Italian girl, a Swedish guy from the Ivory Coast, a programmer from the Cape Verde islands, an English musician and an English translator, an architect from the Czech Republic and a Dutch entrepreneur, 3 people from mainland Spain and a handful of Canarians (photographers, designers, engineers, a translator and a gastronomic tour guide).

Thanks so much to everyone for making The House such a great place to work.

In January we have 1 desk free so if your interested please get in touch ASAP.