It’s official. Las Palmas is one of the best places in the world to be a digital nomad

Wondering where to work from next or looking for a suitable place to kickstart your new career, as a location independent professional? Quoting a survey of jobbing digital nomads earlier this month, business website Forbes listed the top 11 locations to work in the world.

And our own hometown of Las Palmas, on the island of Gran Canaria, makes the list at number 5, just behind Playa del Carmen in Mexico, Thailand’s Koh Lanta, Taiwan’s Taipei and Czech capital Prague. 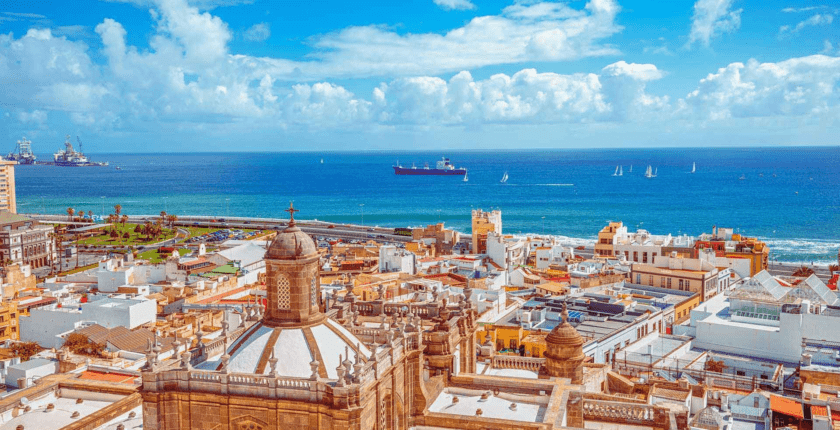 What makes Gran Canaria so appealing, when you have the entire planet to choose from?

With no real winter to speak of and a vibrant expat community in residence, Las Palmas actually topped the Forbes chart when respondents were asked for their year round preference.

High speed internet, reasonable living costs, plenty of affordable accomodation and a distinctly European vibe (without the weather) have seen the city become a melting pot of different nationalities over the last decade. But it’s not just favourable working conditions that make the island so appealing.

Apart from work, what else is there to do on the island?

Gran Canaria is a paradise for outdoor enthusiasts and culture lovers too, as a couple of online articles reported this month:

With temperatures rarely falling below 20 degrees, a distinct absence of rain and some of Europe’s most dramatic mountain scenery, Cycling Weekly devoted a large part of their 2018 winter cycling guide to the island. Empty roads, superb riding surfaces and plenty of challenging climbs were just some of the attractions mentioned, support what we already knew – that Gran Canaria has some of the best cycling in the world.

If getting out on the bike sounds too much like hard grind, you may prefer the more relaxing pastime of wine-tasting. While they may not be as well-known as those on neighbouring islands, news website Delano visited several of Gran Canaria’s 60+ vineyards (or bodegas), where visitors have the chance to experience a way of life that goes back generations and, more importantly, some of the surprisingly drinkable local plonk.

Is it really worth ditching your 9-5 and taking up the digital nomad lifestyle?

The short answer is yes apparently, after a study by outsourcing website Upwork and the Freelancers Union found freelancing has a bright future. So bright in fact, that over the last 2 years the number of people choosing to go self-employed in America alone has grown by more than 30%, contributing in excess of $1.4 trillion to the American economy in the process.

Changing attitudes among both employees and employers, mean more companies are opening up to the idea of staff working remotely, outsourcing entire projects to offsite teams and even filling vacant positions with remote workers.

The looming digital skills shortage will make freelancing the norm

That’s the claim made by employment website Lexology, in a report that warns of an impending global talent crunch which could result in as many as 85 million unfilled vacancies before the end of the decade.

One of the areas predicted to suffer hardest is the tech sector, which is music to the ears of remote workers everywhere. Cheap flights and increasingly fast internet speeds make it cheap to travel and possible to work from almost anywhere. In effect, it’s never been easier to take your career with you, rather than being pinned down to a traditional office environment.